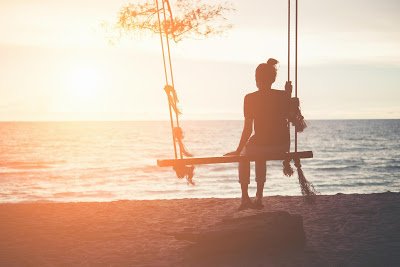 I guess today will be a bit of commentary. It’s not like I haven’t done that before. But, it’s interesting that the place I have come to in my life is full of peace, and though I might see some who are fighting against something or trying to get others to join in that fight or share a mutual disgrace about some wrongdoing somewhere on the planet, it’s interesting because I have no interest in going there. On Facebook, I just pass those things by, no matter how close the friend may be, and focus on appreciation and joy.

So, I was looking at quotes tonight and I see the title of a piece called When to Pray in School. It reminded me of so many posts I’ve seen about not being able to pray in schools and a long list of other places.

The first thought that came to me was, who in the world could ever stop one from praying? It wouldn’t matter if you were in prison in solitary or in school, or in the desert or on a mountaintop, or in church. Just pray. Whenever prayer requires circumstances, it becomes a ritual. Saint Paul said to pray constantly, but I don’t recall anything about having to be in certain circumstances for that to take place.

That reminded me of all the things I see on the Internet or Facebook where people are fighting something or other and trying to get others to like it, like the pledge of allegiance in schools, what Obama did or didn’t do about something or another, and the list is endless.

The more we fight something, the more it expands. It’s exactly like trying to swim upstream in a river. Fight, fight, fight. Struggle, struggle, struggle. Yet, there is an ease of life by just letting go of any of these things and go with the flow of the river rather than try to fight it. Besides, who really feels good swimming upstream like that?

Some say, “well, you have to fight that injustice or you just don’t care.” Baloney. If it is true, and I know it is, that by fighting anything, you create more of the same, then to fight would be the opposite of what we really want to achieve.

One of the best stories I ever heard to compliment this idea was by Mother Teresa. She was asked to go to an anti-war demonstration and she refused. But, she said, “if you ever have a peace demonstration, count me in.” It may be paraphrased from passing from one to another, but the point is well-taken. Fighting gets us nowhere but to create more to fight about or over. Yet by an appreciation of what is, or what could be, we not only live in more joy, we create more of that. Wouldn’t that be a better world after all?

I’ve Been Praying All Day, But No One Stopped Me Or Even Protested–Or Even Knew About It–Except Me and God.

Spread Some Joy Today–Find ways to feel good. However that comes about is good.