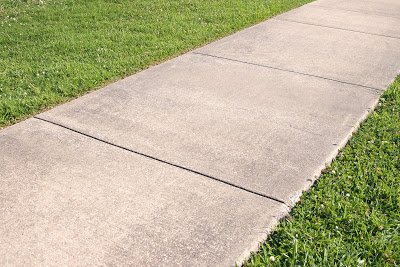 Posted on November 17, 2016May 10, 2020 by Terry Minion
“How often do you find yourself
paying a lot of attention
to the cracks in the sidewalk,
when to focus on the horizon
would be so much more beneficial?”

The other day when talking with a client’s representative, I said to her much the same thing as above. We were discussing the idea of following web stats on their site, and I said that giving that a lot of attention is like watching the cracks in the sidewalk when to give most of our attention to the horizon can be much more beneficial. It’s true. Web stats change so much and so dramatically, and after a while it becomes like the tail wagging the dog instead of the other way around.

When I was a kid, probably between the ages of 7 and 11, we made our own skateboards. This was long before the kind of skateboards you can buy now. We took a piece of 2×4 of sufficient length, took those old steel roller skates that you could put on to any shoes with clamps and straps, pulled them apart and nailed them on to each end of the board. That was our skateboard, and it was fun–and scary at the same time.

Those old, inexpensive steel wheeled skates were problematic on anything except smooth concrete. You had to watch the cracks in the sidewalk, and raised portions of the concrete so that you wouldn’t hit them wrong and have the skateboard suddenly stop and due to momentum, I would keep going, soon enough falling down, skinning something or another. The worst thing was little rocks. They would stop those boards no matter how fast I might be going.

So, it became obvious to watch out for trouble. . .

Yet, if one was to become really good at skateboarding, he or she would have to pay far more attention to the horizon, or the bigger picture, and the faster you wanted to go, the more this was true. If you wanted to get good at it. You could say that it was trusting, looking on the bright side, not worrying, enjoying the process, believing it would be just fine.

Isn’t this a great analogy of our life in general? The horizon is the place to focus. When we give more attention to the cracks, the pebbles, the changes in rising and lowering of things, we often lose track of where we’re going, why we are doing a thing. The horizon is where growth is, and watching the cracks is anticipating lack of growth. The horizon is having hope and confidence, and watching the cracks is not trusting, worrying, and then you look up for a moment and there is a mother and her baby carriage, toting a young child holding her hand taking up the whole sidewalk. . . React quickly!

How often do I give so much attention to the details that often don’t really matter very much? When I predict the future based on the past, I am immediately putting stones in my path. There is only now, and as I enjoy what is right now, enjoy the view and the experience of whatever I am doing without worry or concern, I am fulfilling the grand purpose of life. When I trust, like the sign on my wall that says, everything is always working out for me, it does, and it will.

How often might you be paying attention to the cracks in the sidewalk, when the horizon gives you the best view?

Spread Some Joy Today–by raising your vision to the joy that is all around you.