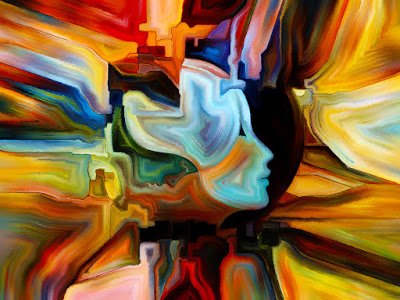 Yesterday, I mentioned that I would write about an enlightening view of the ego in Anita Moorjani’s latest book, What If This Is Heaven?

Her chapter structure is based on accepted myths and she offers a different point of view for each. Chapter eight is, Myth: Spiritual People Don’t Have Egos. It’s a common idea for spiritual people to overcome or rise above the ego as if the ego is something undesirable and therefore to move away from.

During Anita’s near death experience, she saw and experienced unconditional love, and a oneness, a world without the duality we have here. There an ego has no reason to be, but in recognizing this difference from the life here, she realized that “the ego gives us our sense of identity, our individuality. It’s what allows us to know who we are as individuals and to express our uniqueness.” She adds, “In fact, were it not for our ability to discriminate–to differentiate through comparison and contrast–nothing would exist in this world.”


Anita states that “When we come into our bodies, we have consciousness and we have an ego. That’s why we call this a state of duality.” Then after some more discussion with others and their curiosity, she comes to a part that I love because it has it make sense in a simple and visual way.

She says that when we are born it is as if we have two dials, like the volume dials on a stereo, with marks from zero to ten. One is called awareness (another word for consciousness), and the other for the ego. She says that “Having the awareness level set to full blast means we are well aware of our connection with the universe and everyone and everything in it.”

At birth, she says that both dials are turned to ten. But, after a while in this environment with other people influencing us in many ways, one or both dials are more often turned down. We might call this shyness, or one way up and one way down, where if the ego was up and awareness down, this is where we call people egotistical, or full of self.

She adds, “it’s not that they have huge egos or have become more egotistical. It’s just that they appear that way because their conscious awareness knob is turned way down while their ego knob is still on full. Our empathy for those around us is muted. We believe the ego is who we are.”

If the awareness dial was brought up to the same level, the egotism goes away, allowing the awareness of those around us and for us to be confident in that awareness, and at the same time, our uniqueness.

With the awareness knob way up and the ego way down, we might be a recluse, or could even become a doormat for others so to speak, where we don’t consider our own needs and allowing others to take advantage. We need both awareness and ego, and when they are aligned equally, we are at our peak of allowing our own unique expression, and aware of and allowing others that same privilege.

Anita realized that she spent the majority of her life trying so hard to fit into other people’s expectations while rebelling at the same time. Both her awareness and her ego knobs were very low. This is also the breeding ground for shame, depression, unworthiness, and powerlessness.

She goes on to explain some ways to see these indications within our own lives and those of others, and where and how we might be of service to others to help them balance their awareness with their ego without trying to fix them. They aren’t broken. They are just a bit out of balance.

In the space I have here, I’ve given but an overview, and I highly recommend this book is worth picking up, even if only for this one chapter. It has certainly opened my mind to a better way of visualizing my own past and present, and how other people may be affecting me, with some methods of creating even better relationships within and without.

Diverse Points Of View Can Be Perfect Toward Greater Understanding.

Spread Some Joy Today–by allowing your own uniqueness to thrive.