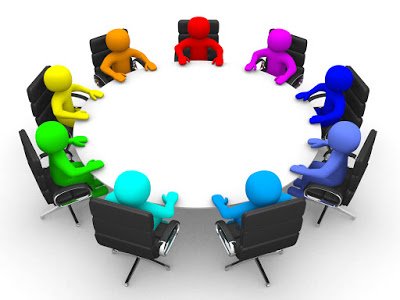 Posted on November 10, 2016May 10, 2020 by Terry Minion
“We might learn
from
the idea and value
of having a cabinet of advisers
like the President does.”

This morning, I was very briefly meditating and I thought of the book, Think and Grow Rich, by Napoleon Hill, and his “Master Mind Group,” which he learned from Andrew Carnegie, his mentor and benefactor in the creation of that book, along with others he would write.

I haven’t thought about this in a long time, and so this morning, I decided to assemble my own non-physical cabinet of advisers. I imagine being at a large table with my respected and admired advisers. With careful and delightful consideration, here is my cabinet:

Of the millions that I could have chosen, I think this group is as good as any group could be as a Master Mind Group of Advisers. I intend to spend some time coming together with this diverse group.

Someone might say that there are only two woman on this panel, but I don’t see them as male or female. Instead, I see them as they are beyond that limitation.

If you were to choose your Master Mind Group, or your cabinet, who would you choose to consult with?

Diversity AND Wisdom. What A Grand Combination.