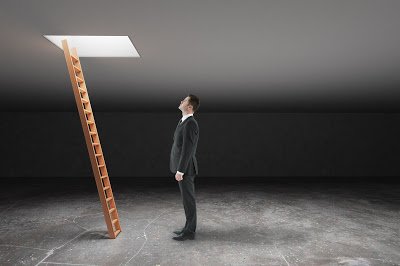 Posted on November 1, 2017May 10, 2020 by Terry Minion
“I look at modern life and I see people
not taking responsibility for their lives.
The temptation to blame,
to find external causes to one’s own issues
is something that is particularly modern.
I know that personally, I find
that sense of responsibility interesting.”

Ever have a flash in the night of some ah-ha understanding of some subject that you didn’t even know you were thinking about? It’s weird, but I had one last night.

I was thinking about business, but it applies equally to our personal lives. It was that we so often find reasons, blame things that are external to us, or to our business that we can show as justification for the way things are. It doesn’t really matter if they are up or down, although probably the down will be blamed more than the up. You know what I’m talking about. . . it’s the economy, the President, the administration, the government, the politicians, the weather, the lack of resources, and this list could go on forever.

But the thought that struck me in the middle of the night is that in my own experience in businesses that I have managed, worked in, been around, including my own, the external thing or things is not it. In fact, the external thing actually has very little to do with the way things are in the business, or in our personal lives.

As I thought about that it was as if I was transported through many years of many businesses and many problems and much blaming and it was sped up so that I saw about 40 years worth in just a few seconds. That was a trip! But, all of a sudden it jumped out at me that it seemed to be always the internal that was the problem.

One example is a business I was a manager in and the market was way off, but there were glimmers of prosperity here and there. It was easy to blame those circumstances, but the real problem was all the internal fighting, massive egos bouncing off one another, extremely poor decisions, slow decisions, selfish and even unethical behavior, cheating, lying, and more. Frankly with all that internal stuff going on, I could not see any hope of this business doing well even if the market was on fire. Nobody seemed to care, and especially the ones in charge. Killed from within, not from without.

I see a number of small businesses that die from within by working against themselves, not sticking to a plan of action long enough for it to work, afraid of making decisions and more. They may blame the economy for the decision to close the business, but the economy didn’t kill them. It was suicide.

I did that in my own business back in 1981. I killed it. It was my ego not allowing me to make better business decisions and the store was closed for good.

I think the lesson is clear. If something is not working. Don’t look outside, but look inside. It’s not the business climate, it’s the climate between our ears and with each other and how we view things. Ask good questions and make none of them about the world. The world will be what it is, but we have so much more control than we think if we only look at the real culprit in the mirror.

It’s Not The Storm, It’s The Termites.

Spread Some Joy Today–Step one: Stop blaming anything on the outside. Step two: Take a good look at your own behavior, attitude, and work ethic.