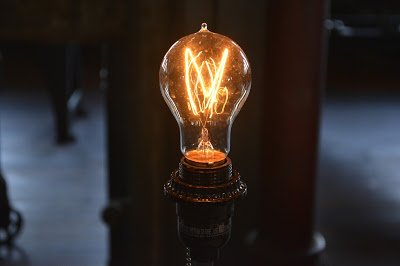 Consider the quote above, and then consider these that follow in the order they are presented:

“A man is rich in proportion to the number of things he can afford to let alone.”

“Being the richest man in the cemetery doesn’t matter to me. Going to bed at night saying we’ve done something wonderful. . . that’s what matters to me.”

Today money was part of a conversation. What else is new? It is part of so many conversations. But that isn’t quite accurate, it is typically more about the lack of money or the need or want of money that is typically the case. I know this conversation very well since I’ve had it with myself, my spouse and others for most of my lifetime.

For a good part of my life, I made around a hundred thousand a year, and sometimes substantially more, but it was never really enough. I was always chasing that elusive place where I had more than I could spend and not run low or run out. It takes a lot more to get to that place, or so it seemed to me. So, I envisioned a quarter of a million a year, and have met people making that kind of sum. Then I was bold enough to think in terms of a million a year, or a hundred thousand a month. Sounds pretty cool, right?

Even though I had previously done okay and made a lot more than many, I have also been amazed at how little one can get by on. What it really comes down to is that money is simply a means to some end and there is a wide variety of those.

Though I haven’t focused my life on money totally, it was not the best place to put my focus. I have learned just in the last few years the importance of focusing on something far greater than money. In fact, Thomas A. Edison would never have failed 10,000 times if he were doing it for money. Indeed, he had a far greater idea than remuneration. I dare say, we are all very thankful.

Steve Jobs had far greater ideas too. Look how his passion for change and serving has changed all of our lives even if we have never, ever purchased an Apple product. His impact is universal.

Henry David Thoreau had very little use for money and found ways to need so little of it that it would be severe poverty in today’s world, yet he marched to a different drum and we are all the better for it.

Wherever we look, the people that have had the largest positive impact on the most people were not focused on making money by what they were doing, though they certainly may have succeeded in eventually earning a lot. They focused on making a difference instead.

That is a very simple way to look at this and it is something that we can all do to improve our lives and I believe our fortunes as well. One of my mentors is Jeffrey Gitomer and he says the best way to succeed is to provide value first. I have taken that to heart and I am all the better for it. I am finding ways to make a difference and it is my greatest success yet.

Wealth Is Far More An Attitude Than A Number.

Spread Some Joy Today–Each of us has a special skill, attribute or attitude that can influence a large number of people. The more we allow ourselves to delve into that place of uniqueness, the more joy we will naturally spread. Don’t hide it. Expose it instead. Be bold enough to make a difference. Though everyone will not choose to do so, we all can certainly make a difference. In that, you could say that we ALL then, make a difference. . .