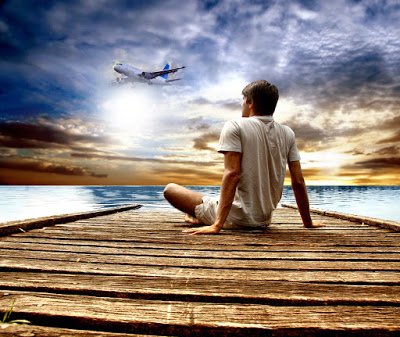 Posted on October 7, 2016May 10, 2020 by Terry Minion
“The answer to the questions,
Do I have a free will?
and Is intention working with me
as an all-pervasive universal force?
is Yes.
Can you live with this paradox?”

I have arrived at a place of major change in my life. I’ve known this intention was coming for some time, and through my free will, I have been choosing to resist that change with resistant habit patterns. I know this because these habitual resistant patterns used to feel good and they no longer do, and this unconscious intention that I’ve been praying to show itself is now breaking the surface like a volcano does prior to rocking the neighborhood.

This is not something that has come about in a day or a week, or even a year, but like a volcano has been slowly but surely coming up, and though I’ve asked for it and knew it was eventually coming, did not know the timeframe. It is very near now. I can feel the ground shaking periodically so to speak.

Yesterday, I wrote about trust–having a sense of certainty in allowing the Universe, or God to come through. Many things are now beginning to make sense to me that in weeks and months past felt like confusion, being lost, out of sync. At the same time, growth in my awe of life all around me has been occurring.

In Wayne Dyer’s book, The Power of Intention, from which the quote at the beginning was gleaned, he lists what he calls four steps to intention. They are, discipline, wisdom, love, and surrender. And, although I may be taking this out of his context, I feel that these have been major steps in my life. For the last many years, I have been in the love place. Anyone could see that in my writing where it is exposed clearly. Now, as yesterday’s post indicates, I am entering the surrender place, that place of trust, of allowing, of giving, of accepting the direction I have been praying for.

Have you ever felt any of these things? I think others do. I was listening to Gary Zukov reading the 25th anniversary edition of his famous life-changing book, The Seat of the Soul. He said something that instantly made sense to me, and I believe mirrors with different words what Wayne Dyer’s quote said. He said that there are conscious intentions and unconscious intentions. Using Wayne’s words, free will, and intention.

It seems to me that often our free will, or conscious intentions struggle against our Spirit’s intentions. I have written about this in many different ways, and it seems so real and true. I might call that being out of alignment, as Abraham, Esther Hicks might say. And, then there is in alignment where our free will and our inner unconscious intentions work as a team, such as when I am trusting, feeling good, allowing.

It reminds me of the autumnal equinox which just passed on September 22nd of this year. The 90 and 100 degree heat may continue to try to come through, but it is essentially done for. It is resisting the change of the unconscious intention of the seasons and it is also doomed no matter how hard it tries to hold on to summer.

Such is the case with me right now, and yesterday was a day that made this clear to me. A glorious day! Even though I played my resistant game as I have been for a long time now, I could easily and wisely see the change is taking over, and it won’t be long now. The time is at hand.

I celebrate this change with all my love, and though I may yet consciously resist a bit longer, I can feel the joy coming, and major changes in how I live the remainder of my life.

The Place Where Free Will And Intention, Or Conscious and Unconscious Intention Are In Alignment Within Me.

Spread Some Joy Today–by recognizing when it’s time to let go of the rope and soar.