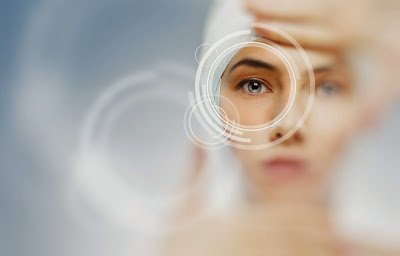 Posted on October 5, 2019May 10, 2020 by Terry Minion
“Take this job and shove it!”
— David Allan Coe,
tag line from his famous song
popularized by Johnny Paycheck

Sometimes, we’ve just had it! No more! Never again! I’m done! I’ve been there. A few times. And then we may run off and do something that causes more pain than we had to begin with. Quitting jobs is often like that, along with quitting relationships, divorce, and many other similar situations. Here is one of the most enlightening things I learned about the Law of Attraction and how this kind of thing can lead to betterment instead of the typical, ‘same old story, different place,’ scenario.

From the book, The Law of Attraction, The Basics of the Teachings of Abraham, by Esther and Jerry Hicks, Abraham points to something worth taking note of. I have.

“Often, from a place that is very far from what is wanted, people will decide what they do want. But instead of focusing upon that desire, and practicing the vibration of it until they have achieved vibrational alignment with their true desire–and allowing the Law of Attraction to then reach out into the Universe and bring them perfect matching results–they become impatient and try to make it happen by jumping into action. But when they take action before they have improved the content of their vibration, what they get is something that matches their current vibration instead of something that matches their desire.”

They give an example of a woman in a bad relationship who wants something better and leaves the relationship, but her vibration is still predominantly focused on what she has just left which is what she no longer wants, and not on what she now wants. She is impatient because she is not used to being without a person in her daily life, so she takes action to find a new mate, finds a good candidate, or so she thinks. But her vibration is still vibrating the old thoughts of fear of a bad relationship and more, and the Law of Attraction is bringing her more of the same that she had because that is her dominant vibration. If she would have taken the time to focus on what she wanted and have it become her dominant vibration, the Universe would be matching her up with her desire instead.

Have you ever had it with a job, and then wanted to find an employer who appreciates you, and in your impatience, you act, find something else and then later, after the honeymoon, you find yourself in the same story, different place? I have.

Another way this works is that you are focused so much on your need that you take what you think is good, but it wasn’t really satisfying the need in the longer run. In fact, it may have gone backward.

By aligning with what we want, having it become our dominant vibration, things come to us, rather than us having to go and find them with our action. We’re so action-oriented in this life, but it is not the action that gets us what we want, but our alignment with what we want.

I remember how this applied in my life after twenty-five years in the car business. I wanted out, but I didn’t know much else. I know I did not want to go work for another dealer and that would have been the normal scenario. I wanted something different. Consequently, I took five months off and focused on what I wanted until it became a dominant vibration within me, although I would not have been able to express it exactly that way then. This enabled the Law of Attraction, a thing which I knew nothing about then, to bring to me different opportunities and it changed my life completely. Had I not been willing to do this, I would still be where I was, stuck in the same old story but in a different location.

However, it would have been less financially draining for me if I had worked through this while I was still employed. Although, I have nothing but fond and joyous thoughts of that period in my life. In fact, I could make you a very, very long list of the benefits that have come to me as a result of lining myself up before I made the next move.

All this reminds me about the sign long on my wall: WHAT is MY job! HOW is GOD’S job! The less I mess with His work and focus on my work, the better it everything is for me.

Spread Some Joy Today–by choosing to do so. That’s pretty simple.