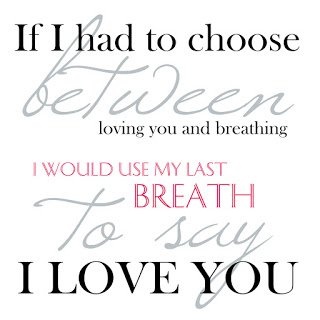 The word Semite has come to mean Jew or Jewish, but the word began to describe a wide area of people who spoke certain languages, and interestingly enough, the majority is Arabic.

I’m reading a huge and fascinating book by Ron Chernow called, The House of Morgan – An American Banking Dynasty and the Rise of Modern Finance. The history of that family and others in their association spoke often of being anti-Semitic, or hating to deal with Jews, and avoiding any association with them and making that clear with all of their partners.

I’ve read or heard that sentiment many times, and I have never understood what it means. So I went to Google search and typed in, what are the reasons for Antisemitism? I didn’t even have to go past page one as I printed out around 20 sheets of paper from three different sites explaining it as best they could. I was amazed that after all the Antisemitism in the world to now that the reasons were just plain stupid and had no merit that I could find. There were a long list of potential reasons, and not one reason had merit to me. Not one. Yet, all this hatred for a group of people sharing a religious idea and a certain heritage, and there was no difference between one who was devout, and one who barely recognized the Jewish faith. All thrown in together in the hate room.

Of course, this has been going on for so long, even if there was a valid reason, no one can remember it. And, to this we have added anyone in the Muslim or Islamic faith, whether devout, or barely recognizing there is an Islamic faith, there they are all in one hate room, but a separate hate room from the Jews because we certainly don’t want those two huge groups plotting together!

Then there were the Japs, the Nazis, the Protestants vs. the Catholics, the Filipinos, Mexicans, South Africans, Indians, and well, this list is pretty much endless, as well it comes back on the Americans from other countries. It is simply amazing how much hate there can be in the world.

And, here’s the best and worst of it: it begins and ends with me. And you. And them. Every bit of it is in our mind. We created it, or we believed it when someone else made it up and passed it along. And, each and every one of us gets to choose to believe it, or to turn away from hate.

This is also the complete silliness of war. Military generals in our own armies have said, “let’s go nuke ’em!” As if that would make their mind clean. We cannot make something on the outside of us into the scapegoat from what we are thinking. We must begin inside ourselves. Do we really want to hate other people? Are there really good enough reasons for hatred? I could find none in history for hating Jews, and none for hating Muslims, or any others. Even if that reason did exist, it would exist only in our own mind.

Just writing this makes me tense inside. So, I relax, let that business go, fall away, be not part of me. Instead, I turn on my love light and love them for the specialness that they have and of the grandness of who they are. I appreciate their diversity, their differences. I have no need to join them in their thinking, but I can appreciate it, as I appreciate the diversity in Mother Nature, all the thousands of varieties of plants, trees, grasses, fruits, vegetables, dirt, rocks, mountains, all around me.

I don’t hate the mountain and love the valley, or hate the so-called weed and love the so-called good plant. They are all creations by whomever, or whatever our Creator is, long before I came to be here. Who am I to hate the Creator? But, the hatred of people has nothing to do with the Creator, except in that we have been given the free will to think on our own and make choices on our own. We choose. We choose to hate. And, we choose to love. What does hate serve? Maya says that hate “has not solved one [problem] yet.” It never will. It never will. It cannot.

This all applies on a global scale, as well as on the scale of our daily living. We get to choose what we will think and believe. A belief is simply a thought we keep thinking. We get to choose how we want to feel. We don’t need reasons to make a choice. We can choose to feel good for no reason and we can choose to feel bad for no reason. How do I want to feel? Great question. What is the reason I feel this way? Does it really matter? What is the value of hate? Hmmmm. Good question! Nothing on my list. What is the value of love? Well, to me love is all.

Whenever some thought or a thought from someone else makes me tense up, I recognize it doesn’t feel good. This is our perfect guidance to lay down the rope, relax, breathe deeply, and release. It takes only a few seconds. Once the tenseness is gone, love automatically fills in for me. It is something I have learned to value and practice. It now guides my entire life.

Worldwide Hatred or Worldwide Love Begins With One Person’s Thinking And Feeling. Choose As You Will.

Spread Some Joy Today–as you make that choice.