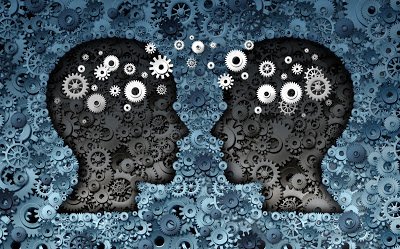 Posted on October 20, 2016May 10, 2020 by Terry Minion
“Knowledge is a priceless gift.
But the illusion of knowledge
can be more dangerous than ignorance.”

This wonderful quote that I gleaned from a TED Talk reminds me of the final 2016 Presidential debate last night.

But, more than this, so many of us might think we know when we don’t, and for a variety of reasons, we feel that we should know, and that we will fail, and look stupid if we don’t know, so we might then be encouraged to pretend we know, to use sound-bites that demonstrate that we have control of some of the words of knowledge, and sometimes we are even successful at fooling people. But, alas, we don’t really know.

Yet, that being said, there are a lot of people who pretend to know, who have the illusion of knowledge, and they can be dangerous. Sometimes I have pretended to know more about it than I do and every time I’ve been caught not knowing. So, I pretty much have stopped pretending. I admit that I don’t know.

It’s funny sometimes when I’m talking to a knowledgeable Internet person who is surprised when I don’t know something, and so they wonder how I can be in business and not know. I have to say that this is an interesting concept, but it works. I’m certain that the seemingly knowledgeable person that I refer to also knows many times less than he or she claims to know. It’s just that they have the illusion of knowledge maybe, or they could have gone beyond to not caring what they don’t know.

Well, I could go on, but I’ll stop here. What is wrong with not knowing? I don’t think there is anything wrong with not knowing. Besides, there are numerous people who know more than I who have been willing to share their knowledge. I think we each are in these same places in our lives. We help fill others, as they help fill us. It is only in our ignorance and being closed because we think we know that gets us in trouble. As we admit, even celebrate that which we do not know, we are open to the truly magic world of learning.

“You’re Only As Strong As Your Readiness To Surrender.” — Pico lyer

Spread Some Joy Today–by chilling with your killing and becoming more willing.