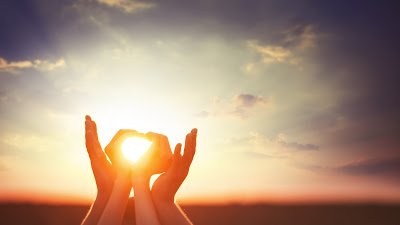 Posted on October 17, 2016May 10, 2020 by Terry Minion
“The meeting of two personalities
is like the contact
of two chemical substances:
if there is any reaction,
both are transformed.”

On Friday morning, I had a fascinating experience. I went to Walmart to pick up a few things. On my way in, and as is typical around this store, a needy person was asking for spare change from someone to my left. I thought that I would catch her when I came back out and give her some money.

When I came out, I was prepared and as I turned the corner, she was no longer there, but in her place was a tall black gentleman standing and he seemed to be preaching. I pushed my cart over and stood directly in front of him, and faced him. I was within 2-3 feet of him. For just a moment, he was ever so slightly startled that I stood there so close, but did not move and he didn’t miss a beat in his message.

He had a deep, pleasant, and booming voice. I don’t think he would need a microphone in a large auditorium. His message was all about coming to Jesus, stopping our sinful ways and such. It wasn’t hell, fire, and brimstone, but it wasn’t as positive as it could have been either.

I stood there for at least 2-3 minutes staring at him, smiling, giving him love and attention. Other than that one moment of being startled, he didn’t even acknowledge that I was there. He didn’t look at me directly, although I was looking at his face the whole time. His head was going back and forth preaching to what he might have imagined was a big crowd, but essentially, I was the only one giving him or his message any attention at all.

I thought that perhaps he might say something to me, ask for a donation, ask me directly to come to Jesus, or anything else to even acknowledge my presence. He did not. I was amazed.

After the time I was there, I turned my cart and headed to my truck. I passed a lady who said something about the weird old man out of his mind, yapping away. I said to her, “he is enjoying himself and doing what he loves to do.” She seemed surprised by my remarks.

People are amazing. Just watching them is fun and insightful. I was in this guys face so to speak, with a huge grin on my face, enjoying his wonderful voice and his act of speaking out his thoughts and feelings. I would have loved to sit down and have a long conversation with him, but he had his job to do and he was very much into it.

The fact that he didn’t move away from me, side to side or back away, I thought was so interesting. I was very close to him and he stood where he was the whole time I was there. We were about the same height so we were eye to eye.

I’ve never had an experience like this before. I’ve certainly seen numerous people preaching outside, but this was so different. It was intimate. It was powerful. I felt nothing but love for the man, and I was truly enjoying hearing him speak, while watching the determination in his face. I could tell he meant what he was saying, and I was enjoying him; albeit, his choice of perspective on the message was not for me.

I did agree about placing my focus on God. I love a little story by Alan Cohen in his book, The Dragon Doesn’t Live Here Anymore. He was upset that two friends of his had a falling out and parting of the ways. He talked with his teacher about how badly he felt about the breakup, and that he didn’t understand it.

The teacher asked him, “what kind of happiness is that? You have let their actions determine your happiness. They were together and you were happy. Now they are apart, and you are unhappy. What will you do if they get together again? . . . Be happy? Do not invest your happiness in the outside world, which is constantly changing and can never bring you real peace. Why not place your happiness in God, the unchanging, Who will never let you down?”

I think this is what the man at Walmart wanted to say, but he didn’t know how to say it. He was commanding rather than encouraging. That might work with some, but Alan’s teacher will capture more with his or her message.

Love And Enjoy People As They Are. I’m Sure We Would Appreciate That Sentiment From Others.

Spread Some Joy Today–by seeing all the many ways to experience joy in your life.