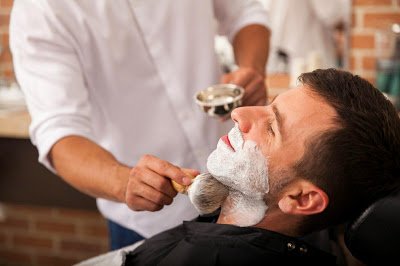 Posted on October 12, 2019May 10, 2020 by Terry Minion
“Something significant
that I often teach in class
to auto salespeople:

I was re-reading a Wisdom for Today from Alan Cohen issue where he talked about a friend named Michael Royce whom he helped with some advice about publishing his book, Beat the Car Salesman, published in 1996. In the piece, he suggests Alan call him next time he was wanting to buy a new car. Alan said that Michael stated, “You can avoid the entire showroom negotiation game by simply calling the dealership’s fleet manager and offering him $200 over invoice for the car of your choice.” Alan was skeptical and stated, “I have a hard time believing it can be that easy. Every time I have bought a car, the process has been a nerve-racking game of cat and mouse.”

When the time came, Alan called Michael and let him make the call to the dealer. Michael came back that it was done and that he got the car for $200 under invoice. Alan was thrilled and went and bought the car.

It wasn’t the price that caused the sale to be made. It was something else. It is easy to think it was the price, but the reality to me is no one likes getting a bad deal. And, deal is a very relative term. What it comes down to is that people want to feel good about whatever they purchase, and the big reason for that is because they are buying it in the idea that they will feel better in having it.

The auto business, by and large, has had a negative image when it comes to buying a car. This image is frankly, well-deserved. It was earned by those that saw methods of taking advantage of people, manipulative tactics, and much more. And yet, it is a small number that created that image for everyone. And, this is true of other businesses besides the auto business.

I think the best thing is to begin within our own heart and know that people that are wanting to buy just want a fair exchange and to feel good about their decision and purchase. The more a salesperson can do to help the buyer feel comfortable and confident, the better the end result. It has nothing to do with price in the end except for that 4%, who for $25 would go with the lowest price. Fortunately, that leaves 96% who will buy at a fair exchange providing they can feel good about the process and outcome of the purchase.

Whether it is a spa, a restaurant, chiropractor, dentist, an accountant, a retail store, a website development company, a consultant, a doctor, an architect, barber, beauty shop, auto body shop, or any business where things or services are exchanged with people for their money, instilling confidence, showing courtesy, providing fair value are key ingredients in success. Jeffrey Gitomer says, “People don’t like to be sold. They like to buy.” It isn’t about price, but a fair exchange. If our own heart is in the game, we will see clearly what the other truly wants.


The Golden Rule Applies As Much Here As Anywhere.

Spread Some Joy Today–by looking for things that help you feel joyful.