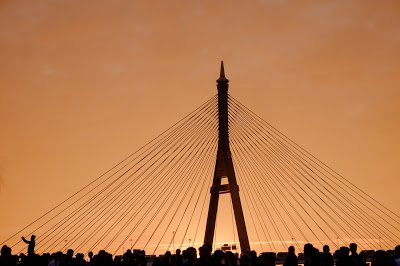 Posted on January 31, 2017May 10, 2020 by Terry Minion
“There’s a world of difference
between truth and facts.
Facts can obscure the truth.”

“Truth is mighty and will prevail.
There is nothing wrong with this,
except that it ain’t so.”

“Whoever undertakes to set himself up
as judge of Truth and Knowledge
is shipwrecked by the laughter of the gods.”

The sales rate of George Orwell’s classic 1949 Big Brother novel, 1984, is still at number one in 5 categories on Amazon.com over a week after the “alternative facts” quote by Kellyanne Conway. It’s mysterious how sales can be affected and by what. And, it is curious how facts and truth can be in conflict, or even be diametrically opposed and both be accepted, but it happens all day every day in millions of different ways.

I’ve been associated in one form or another with the automobile business since I was a teenager. It began with my love of cars, then taking two years of Auto Shop in high school, to becoming a journeyman-level auto mechanic in the Air Force, to selling them when I got out, becoming a sales manager, to calling on dealers selling them their own product with a truck body now attached to it, to doing Internet work for dealers, writing a book about Commercial Trucks, and more. That is a lot of varied perspectives on the same basic subject.

That’s the theme of this post: How varied perspectives of facts often shadow the truth, and that truth and facts both are also none other than individual or mutually agreed upon perspectives.

I just finished the unabridged audiobook, Car Guys vs. Bean Counters: The Battle For the Soul of American Business, by Bob Lutz, who at 84 is a lifetime car guy with a vast number of perspectives from the inside out.

I found this book absolutely fascinating. The main focus was on his experience of being hired out of retirement to be vice-chairman of General Motors in 2001 with the edict of turning around their product from a long slippery slope of product disappointments to making great cars again as they did in the 1950’s and 1960’s. He talked about his history to give perspective on his leadership and gave an insightful history of General Motors products with particular emphasis after 1950.

This historical perspective of GM’s product successes and mistakes was important to me in particular because I began selling Chevrolet products in late 1972 with the introduction only a couple weeks away for the 1973 models. I saw the decline in quality and had to do what we could to make up for it at the dealer level. Working at the dealer level from 1972 to early 1997, my eyes were wide open and in shock at some of the poorest quality cars (not all bad, of course), along with growing government product mandates, choking smog equipment, early computer technology, and the list goes on.

What I learned from this book was to remember that perspective is really what truth and facts are. It reminded me of several things. One was a game we used to play in grade school we called telephone. Several of us would sit on the ground in a circle and whisper something to the one next to us, then they would relay it to the next and the next until at the last person to hear it, the message was almost always something completely different than when it began.

Another is how if we gather in a circle around some object at the center of the circle, each person will have a unique perspective of what is before them because only they have that particular viewpoint. These are facts. They are truth. Yet they are different. They could be said to be alternative facts and alternative truths. We could even be adamant about our point of view as being the truth, or fact, or both, and yet receive many arguments to the contrary.

Last, wherever we go, whatever we do, and whatever we view, we bring our accumulated facts and truths with us. We bring our previous perspectives, both our individual and those we have collectively agreed upon wherever we go. We often make judgments based on all of this, and it is labeled by us as good or evil or some other proclamation. It’s comforting to have a mutual agreement in our judgment, and sometimes we may even enjoy the comfort of many to agree with though individually we disagree.

These are not alternative facts or alternative truths, they are perspectives and judgments. We each have them. So be it. The only reason I bring this up here is that realizing or being aware of this bigger picture of how we decide things, might give us just a little pause in our judgment for a more varied consideration, and open us up to the idea that other people’s perspectives are as valuable as our own, though quite varied they may be.

Spread Some Joy Today–by opening your perspective to a whole new world of joy.