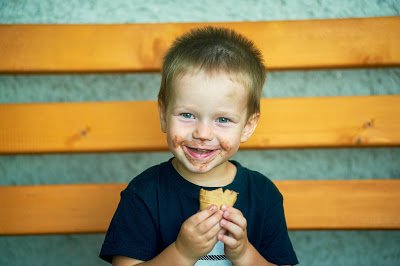 Posted on January 3, 2017May 10, 2020 by Terry Minion
“I’ve heard it said:
‘It’s the little things that matter.’
That’s because they may seem insignificant,
when in fact, they are very powerful,
and especially in the aggregate.”

Perhaps you can relate to the many little things that don’t go as planned that can become frustrating to us and cause us to react with anger, self-criticism, and even stress.

Have you ever had your hand slip and bang it against a wall or something and say, ‘ow,’ before the pain actually arrives? I think we have experiences and so we know what’s coming and we react to it ahead of the need. Frustration is often like that I think.

It seems like almost every day, and even several times during a day, I find little things that used to frustrate me, cause a reaction, and I would feel upset in some way that this was happening. Sometimes it kept happening over and over and I would get more and more frustrated by it. And, I began to immediately stop the frustration and negative experience by laughing out loud at what was happening, or what I was doing.

I’ll give you some examples of what I mean. I’m dipping what I think are sturdy tortilla chips into a store-bought layered bean dip. I get some and go to lift it and the chip breaks off at my finger tips, leaving the broker part buried in the dip. I try again, and again, and more are broken than remain whole. I’m laughing. It’s so silly. Or, I squeeze some toothpaste out of the tube onto my toothbrush, but there is an air pocket, and only a little comes out, so I squeeze harder and then the air pocket bursts out with twice as much toothpaste as I need. I’m laughing out loud. It’s so silly.

I’m using the hose outside and it has a spray nozzle on it. I’m done with what I was doing and shut the water off, then drop the hose and it lands on the handle of the spray nozzle and the hose is still pressurized, and it sprays me right in the face and on my nice clean shirt. I’m laughing. It’s incredibly silly. I’m eating something and watching the television not paying attention and it falls off my fork and on to my shirt or my pants. I start laughing out loud at this scene. It’s really a bunch of silliness.

I could go on and on with the silly things that happen that used to piss me off, cause me to shout profanities, frustrate me, and generally cause me to feel nasty. No more. This thing that I cannot even remember exactly how it came about has become a habit. I have learned to turn frustration into fascination, laughter, and joy. And, as an added benefit, this laughing at these small things, makes the larger things much smaller, so I can laugh at them too.

Spread Some Joy Today–by letting go of frustration. Turn it into laughter and joy.