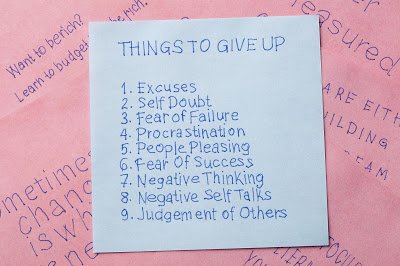 Posted on January 2, 2019May 10, 2020 by Terry Minion
“Power over others
is weakness
disguised as strength.”
— Eckhart Tolle

In yesterday’s post, I talked about an epiphany I had that moved me to higher ground. It was about the ego talk we have in our head. Some have called it worry. Someone says something or someone you imagine is going to do something. Maybe you imagine you’re going to be fired, or maybe it is being criticized, or hundreds of other things we might worry about. So, in our head, we go over it and over it and we are often acting it out in our head as if it is actually happening.

In all of the thousands of cases where I have done this, the theme is always the same: I am not to blame. It is they who are to blame. Consequently, I find the most logical things I can to defend myself and convince them that I have acted perfectly and that they have actually been the one who has dropped the ball. We have to be right. We seek to justify our position in every case. And, every bit of this is the ego talking and it is not really us.

When this is happening, I might pace the floor and I am feeling all sorts of emotions, and not one of them is a feeling good emotion because worry is fear and I am in fear looking for a way out. It never comes via fear or worry. It is a never-ending circle or like a tape playing the same thing over and over again. In the past, I might spend time throughout the day in this place, perhaps even into several days. But guess what? Those things that I worried about hardly ever happen.

I know that is true, but it didn’t ever really help. What I really wanted was to feel good and not feel worried, fearful, distressed. That was the epiphany. I found a way to stop the fearful mind movie by simply realizing or being aware that I was doing this again, then decide to find a little better thought. As I chose to think of something that felt better, and as I would consider it, I would find another thought that felt just a little better, then another and so on.

Once I started on this path, the fear evaporated, and as I said yesterday, I was a little surprised to find gratitude filling the space as the fear left.

As the gratitude came, I realized that I cannot make anyone do anything. Not by reason, not by my being right, and certainly not by showing them how they are wrong. As I let go of the control that I thought I had and was losing and trying to regain–as I let go of that, I was instantly grateful for the opportunity to have served, to have tried. Whatever job it might have been, I did what I knew to do and that is all I could have done. The rest isn’t in my control really, so letting go of my imaginary control was powerful.

Then as each improved feeling thought came, I found more gratitude. I found love and in loving the other party, they were perfect as they were and in any decision they might choose to make. I no longer had a need to convince them of anything.

In the end, it doesn’t matter what they do or don’t do or what they think or don’t think about me or anything else. What matters, and the epiphany was that I found a way to feel good and to remember that all I really want is to feel good, to love and appreciate and to be at peace in my heart.

Now I Can Do That At Will. THAT Is Empowerment!

Spread Some Joy Today–Let the worry move on past you. Seek joy instead.