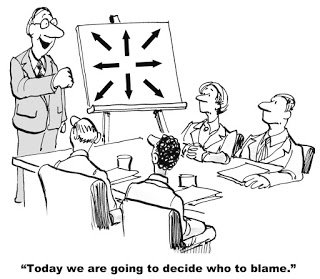 If you talked to me 25 years ago compared to today, you would see something along the lines of the difference between Dr. Jeckyll and Mr. Hyde. Of course, I would be Mr. Hyde today.

The transition has been gradual, and in the last few years, the transition is nearing completion. And, personally, I shout Hallelujah! with the utmost joy at this place, that in years past I didn’t even realize could be occupied.

Now, it’s not perfect yet. Completion or arrival doesn’t mean perfection. It means that there is a certain maturity that has come where I have delighted in the cause of inner renewal, inner peace, and joy. I have finally understood blame and my previous need for it and where those thoughts come from. I am as free as a man can be in still having an ego.

This realization came to me a couple days ago. I was watching a documentary on Netflix called Fed-Up. It is what they call the obesity epidemic in this country. In every movie, whether documentary or fiction, there needs to be a protagonist and an antagonist. In this case, the protagonist is several who have the answers, and the antagonist is the food industry and members of government on their payroll. The protagonist is speaking on behalf of the so-called unknowing, unsophisticated victims, who are portrayed as powerless in the face of this ubiquitous foe.

It is easy to become upset by this and all portrayals like this. It’s the old David and Goliath story with David not yet on the scene. If we are willing to blame, it is easy to blame wherever we may wander, whatever we may see or hear. But personal responsibility in choice? Well, it’s in there but, “it’s hard. It’s so hard.”

As I finished watching this movie, I realized that I wasn’t going for it. I wasn’t taking the bait. This movie, of course, has an agenda, and it is to move me to blame and away from personal responsibility. That’s a very familiar place to me. I used to blame my stupid boss in the car business, the taxes, the government, the weather, the fill in the blank. It didn’t matter. I blamed liberally. There was plenty to go around.

Then, one day, I wanted to change that. I wanted to stop blaming others. I think I had always wanted to but it was ‘hard.’ It was acceptable to blame. The Daily News is full of blame on almost every single page. Back then I watched the TV news at least twice each night and it was full of blame, the sitcoms were full of blame. Heck, blame was everywhere I looked. But, I began to ask myself about my own personal responsibility. If I’m not responsible as in blaming others or circumstances or things, then I am just like a pinball in a pinball machine bouncing off this thing and that racking up points for my ego so that I could be blameless.

Is all those accusations in the movie true? Probably, but that isn’t the point. The point became so clear to me, and that point is that regardless of the circumstances, we have personal choice in how we will think about anything. Viktor Frankl is quoted as saying, “Everything can be taken from a man but one thing: the last of the human freedoms-to choose one’s attitude in any given set of circumstances, to choose one’s own way.”

What is required to give up blame is to allow others to make their own choices without any insistence that they satisfy me. You might say this is the definition of unconditional love. I say, absolutely. If we are loving people unconditionally, whatever they will do has no affect on me other than what I allow. This allowed me to see in the movie that people were getting what they were asking for, though they may do this unconsciously. They wanted fast and so fast food came into being. They wanted to not have to cook and so TV dinners came into being. The food industry is responding to what people want. If people didn’t want it or didn’t want to buy it, the food industry would have to do something different. They are only doing what they can to improve their lives by staying in business and growing, providing jobs and income for millions of people.

I go to the grocery store and I see all those processed foods. I don’t blame them. I accept them. I rarely choose them for myself, but I don’t insist that they not be there. In fact, I love the plethora of choices available to me. I learned this from Abraham, Esther Hicks back when they used to use a kitchen and a pie as an example. They would say that I go to my kitchen where I have every conceivable ingredient, and I decide I want a pie, and so I make my pie adding whatever I choose that I want to put in it. Then another says that there is Tabasco sauce in the kitchen and I don’t want any of that to get in my pie, and Abraham says, just don’t put it in your pie. And the other says, but I want it out of the kitchen because it might get into my pie. Abraham says it can’t get into your pie unless you put it in your pie. And, well, you can see how this goes and how it relates to blaming others, wanting that which we don’t like to be off the planet, and so much more. It is the stuff of war.

I could go on and yet I will end with the celebration I began with. I have come to a point in my life where I shout Hallelujah! at the top of my lungs for having completed this long journey of releasing the need for blame. My ego still wants to, but I no longer allow my ego to rule. I am in charge. My ego is an adviser, but not in charge. I love being in this place where I can still see all the blame going on and not feel any need to join with it.

This Is Genuine And Delightful Progress!

Spread Some Joy Today–as you learn how to release your joy along your own path.