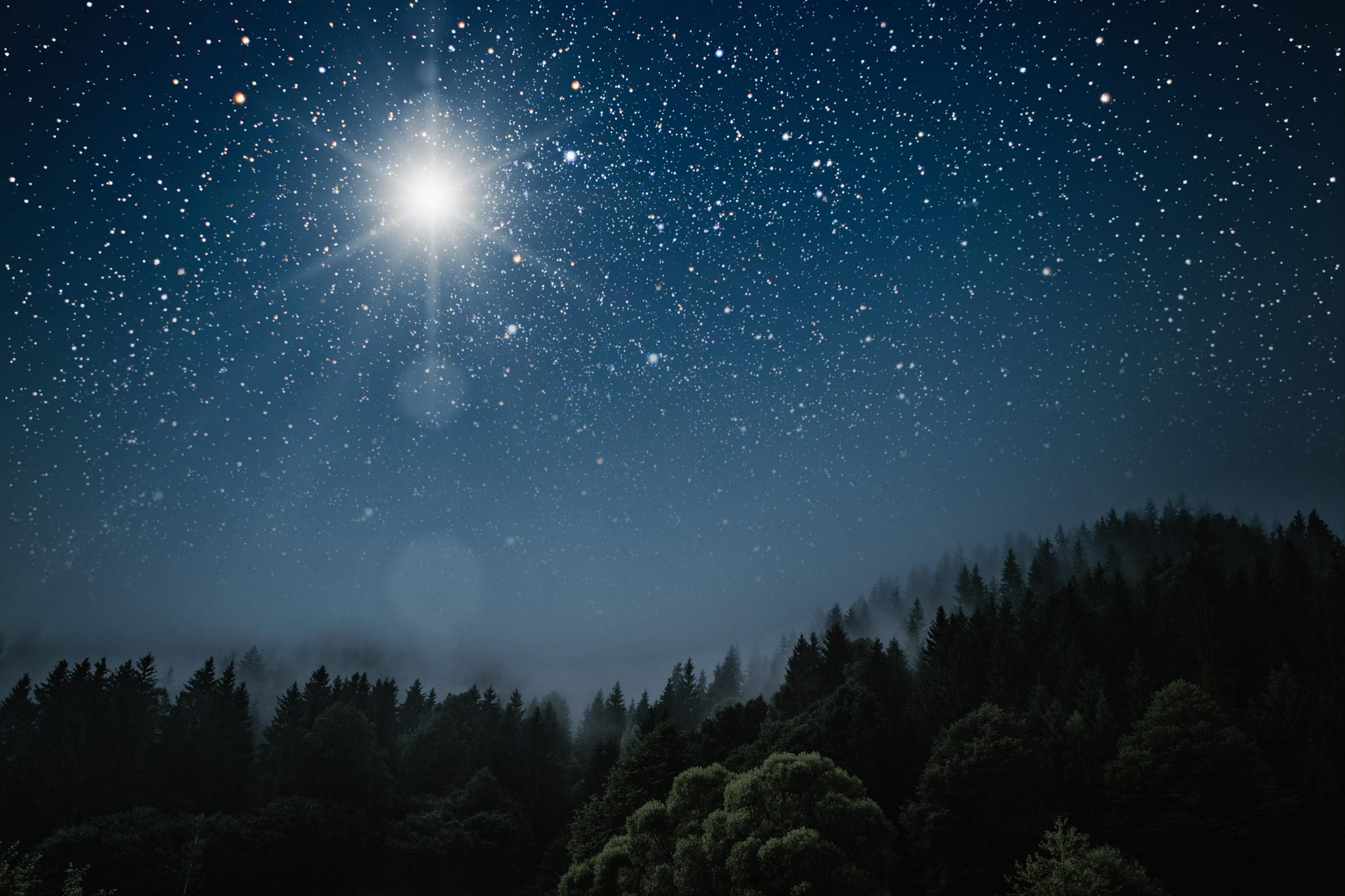 “Astronomers always work in the past;
because light takes time to move from one place to another,
they see things as they were, not as they are.”
— Neale E Howard
[Classic post from 5-9-11]
I took astronomy in college and I learned that the light that we see in certain stars may have left there 10,000 years ago, so the star may not even be there anymore and we wouldn't even know about it until much later. Indeed, even nearer items in the galaxy would be longer than our lifetime to see a change. I always thought that was strange and very interesting.
As I've looked at human behavior–especially my own–I've noticed a similar perspective. My actions of today and my attitudes of today, along with my results of today are merely images of my previous thinking. In other words, my previous thoughts and beliefs, have led me here. It was not created today.
If I am liking where I am today, then my thinking and beliefs are serving me well–a happy camper, so to speak. If I am not liking where I am today, then my thinking and beliefs are not serving me well and the only thing that can be changed is that thinking and those beliefs. And, it also will not happen today, but be shown sometime in the near future.
My best guidance of where I am is how I feel about where I am at any given time. That information will then aid me in making a decision to stay on course, or make a different choice.
A lot of my life was being unhappy with what was and not changing the thinking and beliefs that brought me there. I didn't even make that correlation. Instead, I would just try to use willpower to make it happen, set a new goal and go for it. Little did I know, that it doesn't require effort, but does require knowing the cause and how to correct it. Just like a rocket ship to the moon is constantly making minor course corrections, I am learning how to do that myself to achieve a life I am pleased with.
It Is Easier Than We Knew. We Just Feel Our Way.
Spread Some Joy Today–You've heard the phrase if it feels good, do it, right? It's better advice than we thought. 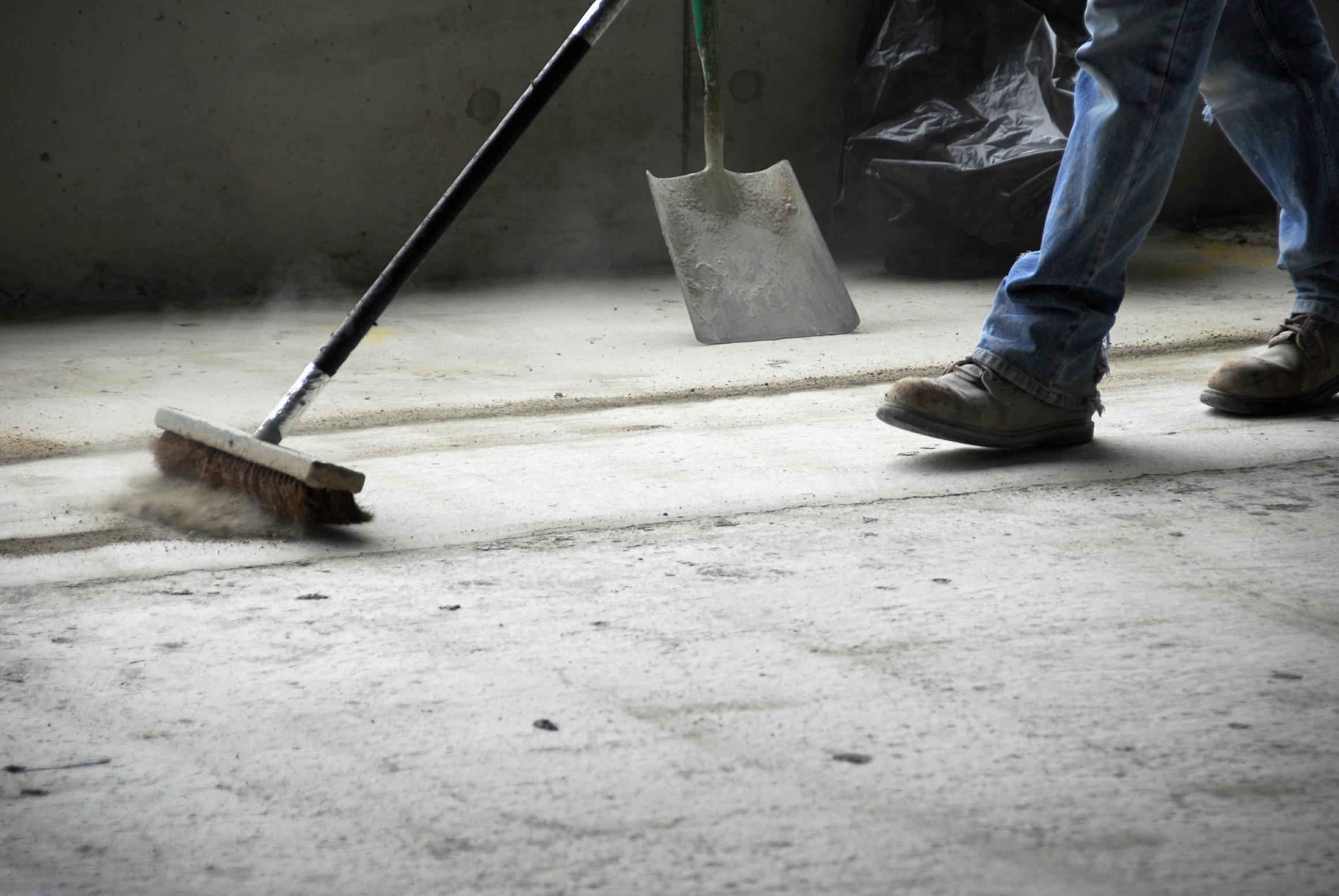 “Do not call any work menial
until you have watched a proud person do it.”

When I first read this quote, I thought of sweeping with a big broom in a large area at a gas station I used to work at when I was a teenager. I remember watching this person do sweeping and making it look like an art. All the time I was growing up, sweeping to me was distasteful work, and here he was making it look so interesting and almost effortless. I was immediately drawn into trying to sweep as he did and I have to say, that from then on, it became much more interesting and rather fun instead of work.

I watch others in what they do and I am always looking for that same expertise. It is rare to find it, but a joy each time.

I don't think there is any menial work. There is just work. Our own acceptance of it and our own attitude or view of it is all that is important. With an attitude of passion and love of the job, another artist is born.

Celebrate your personal artistry! As you are passionate about what you do, joy follows you as if it is a perfect shadow. 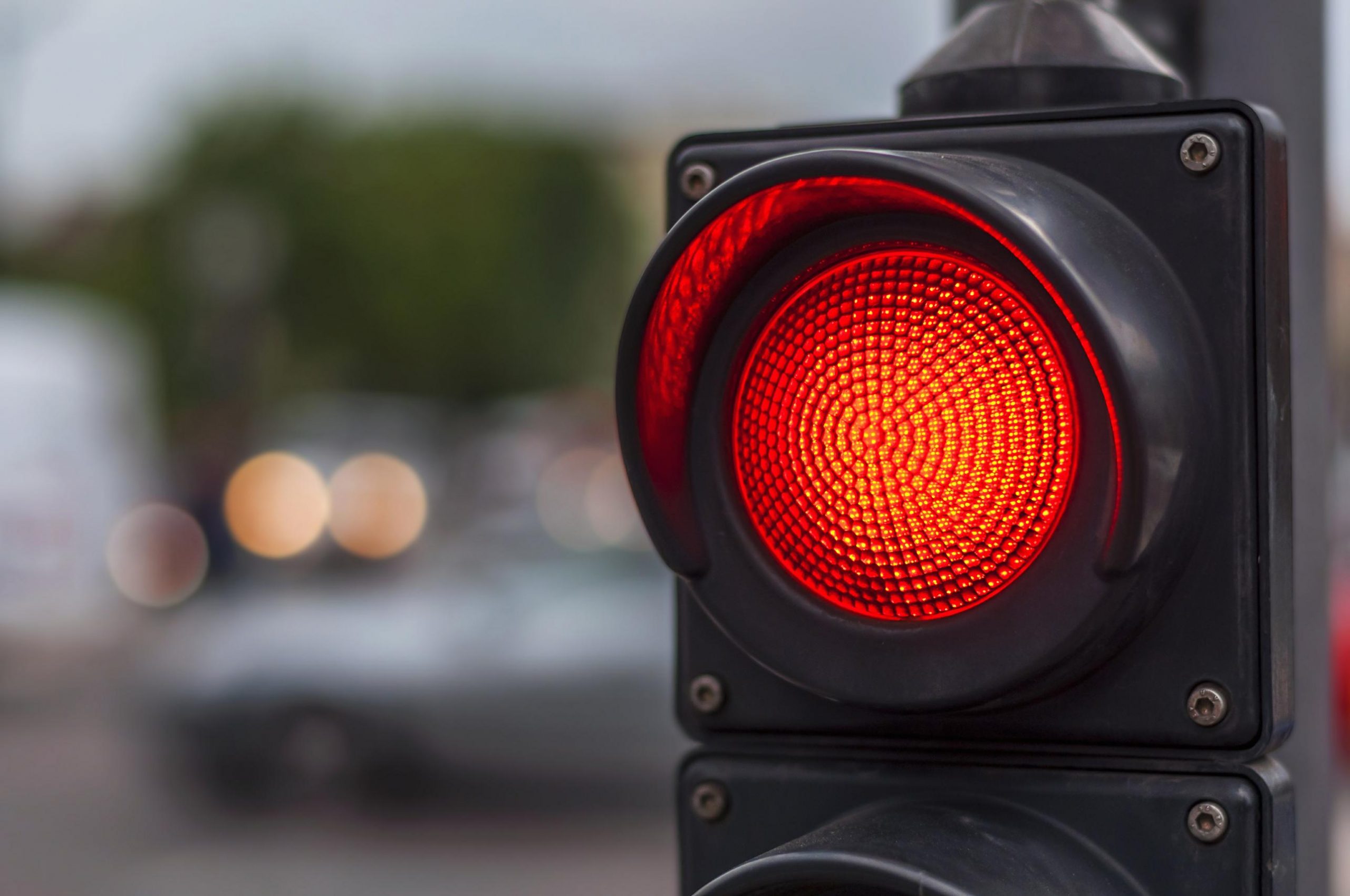 “A real patriot is the fellow who gets a parking ticket
and rejoices that the system works.”
— Bill Vaughan
[Classic post from 5-13-11]
There are all kinds of ways to look at a thing and Bill Vaughan makes a very interesting point in how we normally look at something and how it can look so different from another perspective.
A few weeks ago, I was heading toward the freeway and got bogged down in bumper-to-bumper, stop-and-go traffic. It was very unusual. As I got up to where I could see the bottleneck, a key traffic light was out and was flashing red so that each and every car had to stop in all four directions.
That got me thinking about how ineffective this situation was. There was a crew working on the light and no one directing traffic. It was almost ridiculous to watch. But, the thing that struck me was that stop lights are not really stoplights but go lights. In viewing this traffic jam and how slow it moved, it was obvious as can be how valuable traffic lights are to actually move traffic along.
Many times we might see what appears to be a problem, a slowdown, a bottleneck, a roadblock, only to find out that by seeing it from a different perspective, it is actually a benefit and something that helps things move more effectively.
As I mentally step back and watch our business grow, I see a number of things that would be very easy to think of as a problem, but from that perspective of stepping back and looking at it from the outside, it is all so perfect. Now I am practicing seeing the perfection of it all rather than the bottlenecks and roadblocks.
To say that this gives me a better attitude is an understatement.
How Many Go-Lights Do You See In Your Life?
Spread Some Joy Today–Step back and take another look. You might see something so different that it creates joy instead of concern. 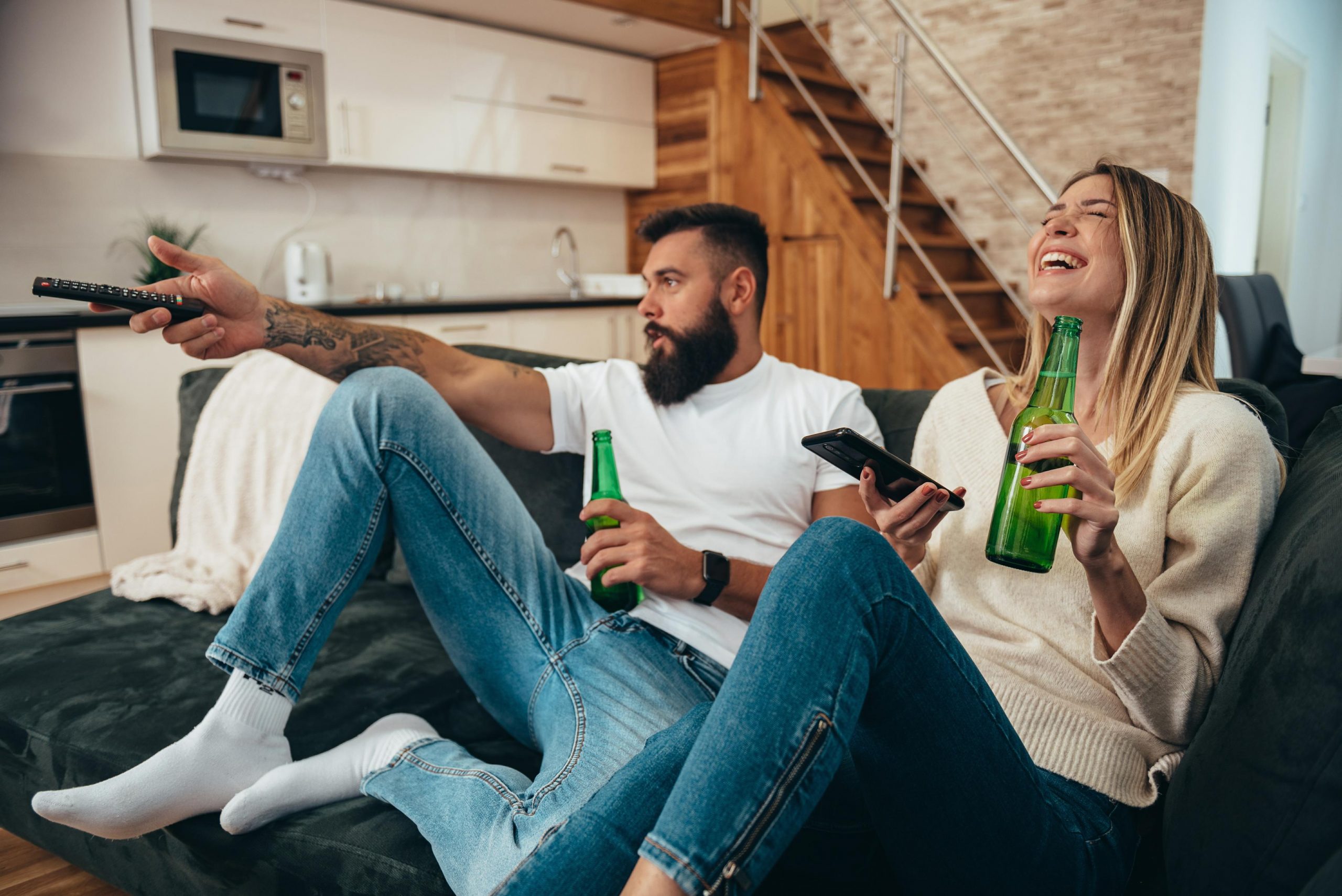 “Coming together is a beginning;
keeping together is progress;
working together is success.”
— Henry Ford
[Classic post from 5-15-11]
I've seen this quote many times and then all of a sudden, today, it took on new meaning. I think it describes our relationships extremely well. I think it even describes an excellent marriage. I've seen so many that never get to the last part, but think the middle is the key. And, of course, everyone remembers the beginning!
It also describes business relationships and the successful ones, or lasting ones are always based on the working together part. The beginnings are all so easy, and staying together presents challenges and this is where most dabble and depart. The good news about that is finding out who your partners are and who they are not.
Any relationship that gets to the working together part is special and valuable. I know in my life, those are the ones that I value the most, whether I see them often or not.
Friendship. Love. Working Together.
Spread Some Joy Today–Make sure those relationships you value know it. 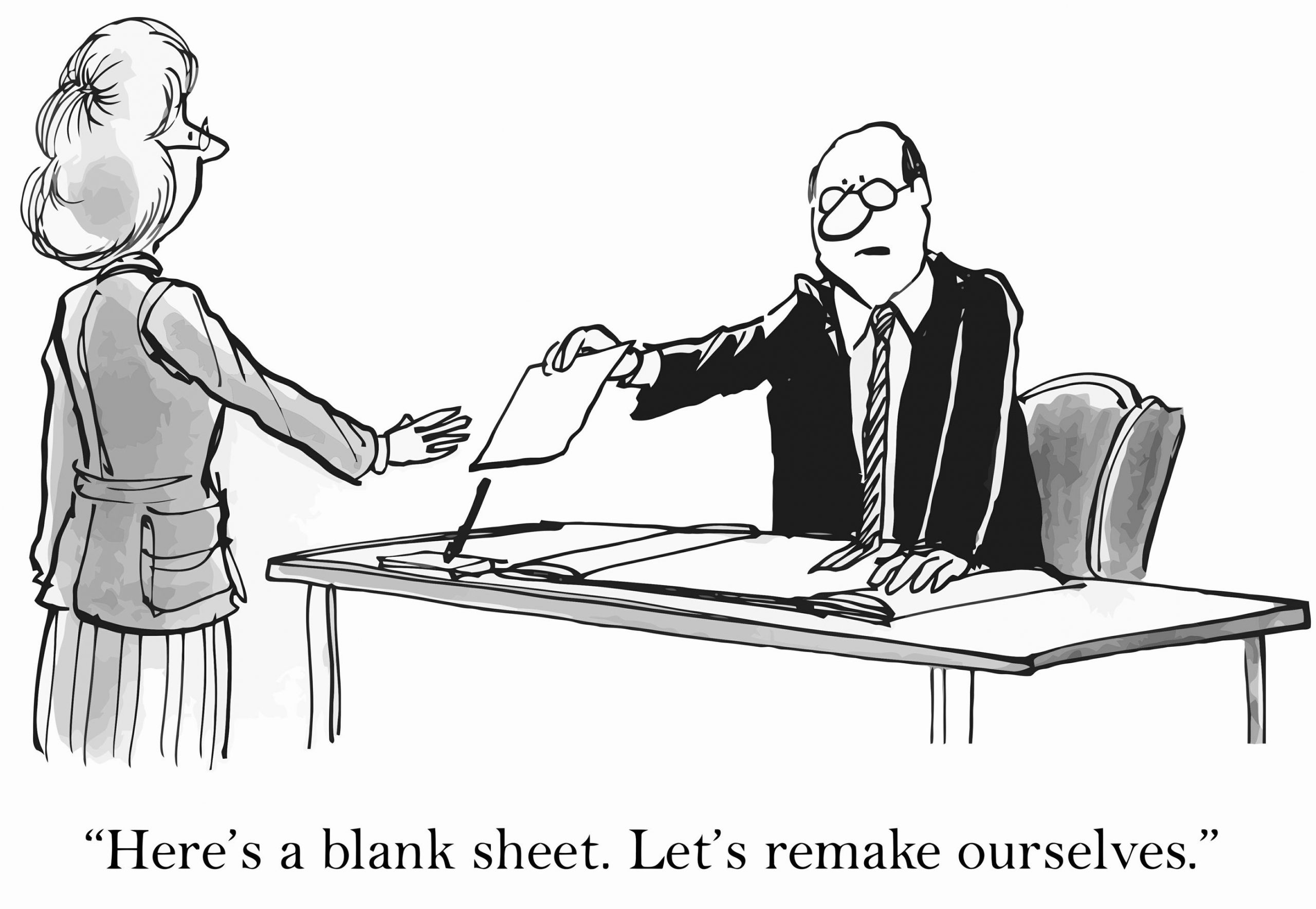 “When I started,
I knew I was no actor
and I went to work on this Wayne thing.
It was as deliberate a projection as you'll ever see.
I figured I needed a gimmick,
so I dreamed up the drawl,
the squint and a way of moving
that meant to suggest
I wasn't looking for trouble,
but would just as soon
throw a bottle at your head as not.
I practiced in front of a mirror.”
— John Wayne
“I used to tremble from nerves so badly
that the only way
I could hold my head steady
was to lower my chin
practically to my chest
and look up at Bogie.
That was the beginning of The Look.”
— Lauren Bacall
[Classic post from 5-16-11]
It is easy to idolize famous people, especially when you've watched just about every movie they've ever made or every song they've ever sung and so on. We see all the success of their trade usually without the knowledge of the beginning part, or the times they missed the mark.
I love reading the quote above by John Wayne because he just invented his persona out of thin air and then rehearsed it so often that it became him. He also said, “I play John Wayne in every part regardless of the character.” That gave him a lot of practice.
Trying something new and unknown can be a fearful adventure or an interesting challenge. It is clear that for John Wayne and Lauren Bacall, it appears to have been both.
Often we might think that other people just get all the breaks and success, while we struggle for whatever we get. When we look a little deeper though, we find that they put their pants on one leg at a time, just being human like us.
If we sort of forget about the way things are supposed to be, or be who we think we ought to be, and instead, think about the way we want to be and let that come out, we will be so much better off. We can reinvent ourselves anytime we choose to.
People Do It All The Time…
Spread Some Joy Today–Is it time to reinvent a bit of yourself? What fun! 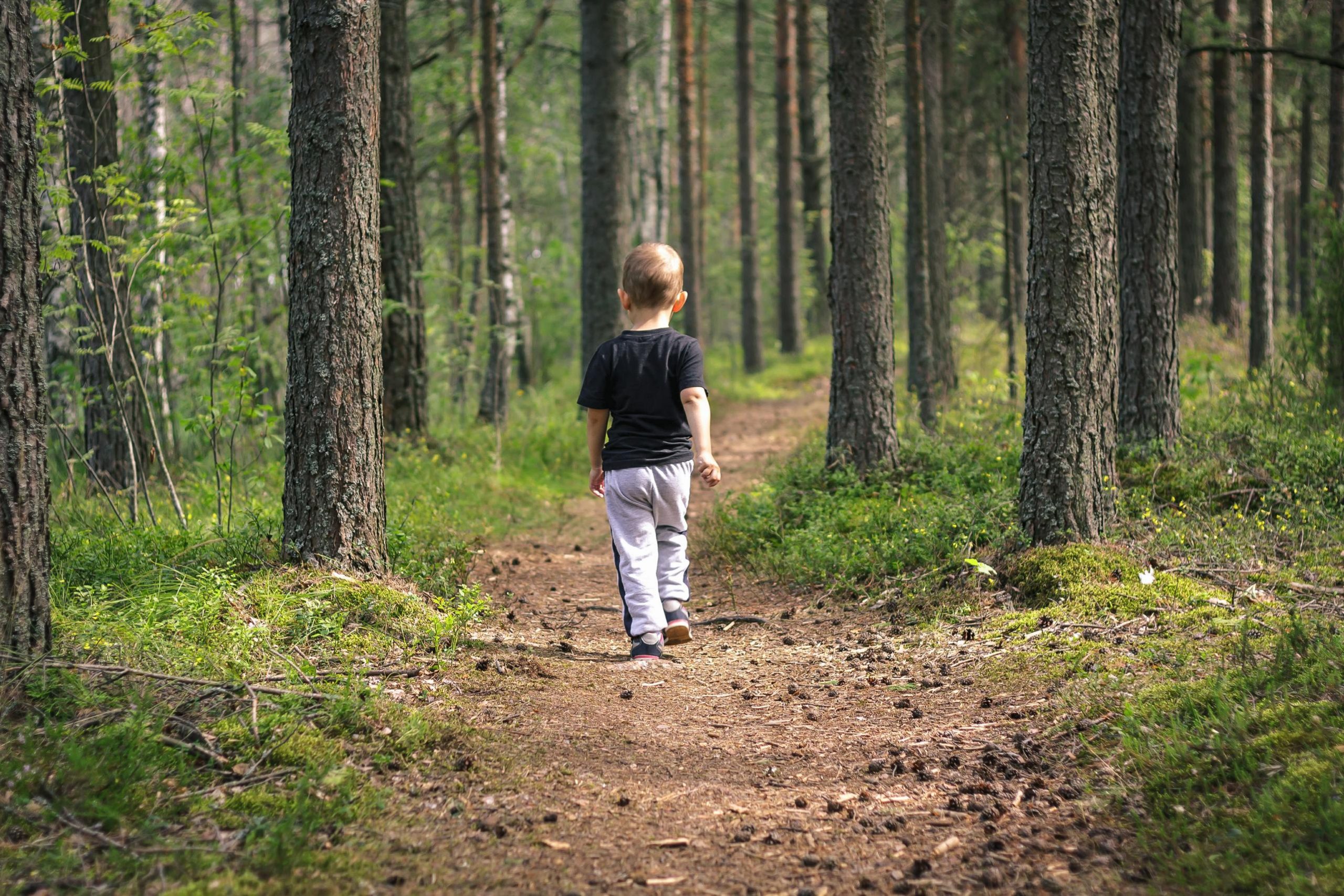 Some time ago, I was talking with a friend and associate and she mentioned that she teaches and advises people to do something in a certain way, and then sometimes finds herself not following her own advice. I could instantly relate to that because I do it myself from time to time. But, I told her that the difference in me now is that I have awareness, and having awareness serves to have me recognize when I am off the path, so I can get back on quickly, whereas, in the past, I may not have even noticed I was off the path. 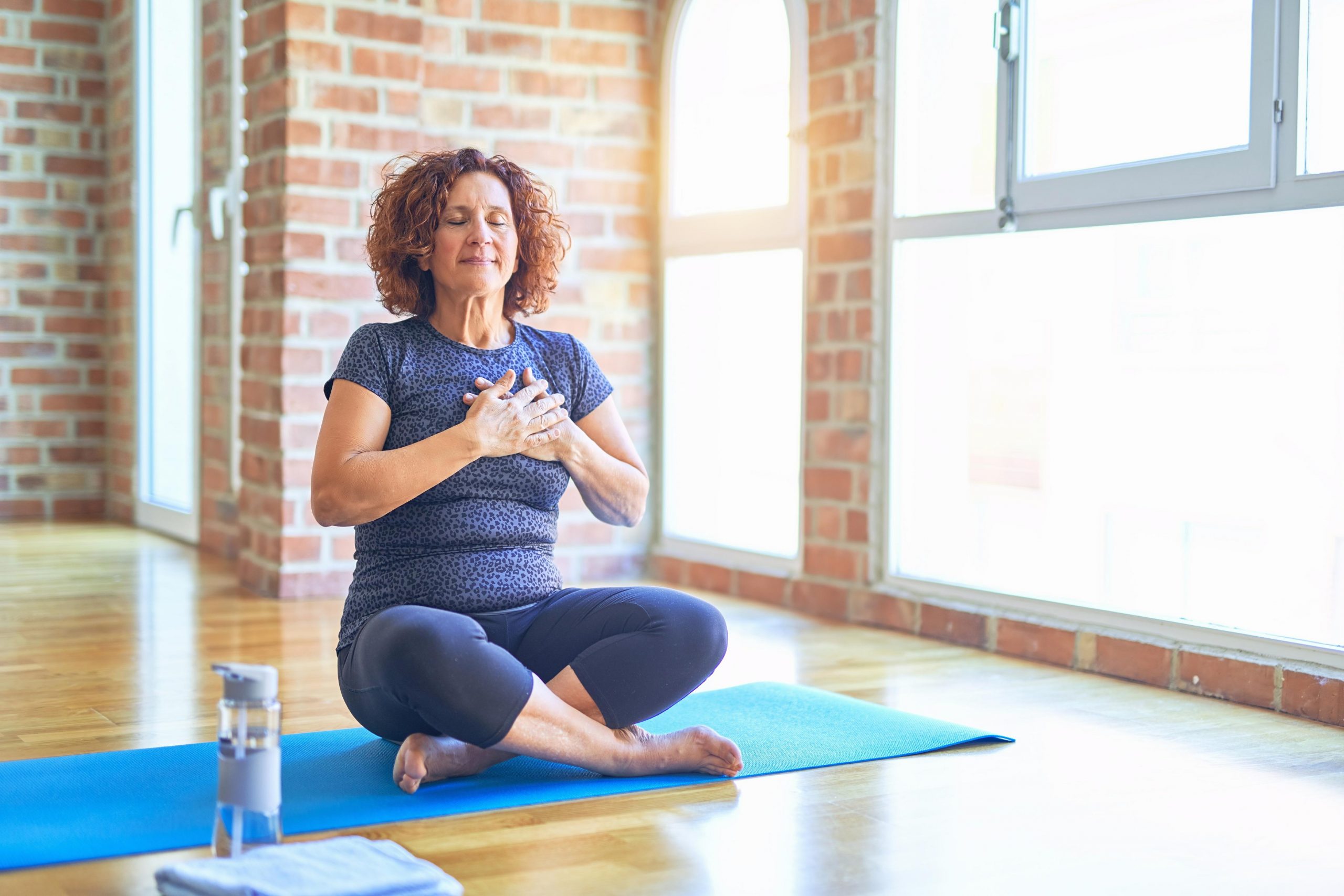 “Own your own feelings. Nobody else does.
Accept that you don’t own the other person’s feelings.”

This quote is the single most profound personal help I ever learned. I learned it in my twenties back in the mid-1970s. I’ve never forgotten it and I have done my best to put it to good use in my life. However, there have been many, many times that after having this profound knowledge, decided to ignore it and blame others for my feelings while even being fully aware of that fact. I did it anyway.

Does that sound familiar? How many things that I learn that are so helpful that I also choose to ignore is interesting. And, here’s the best answer to that I have ever found:

As I practice on purpose what I have learned, it has a better chance of having a positive impact and influence on me and my behavior. So, if there is any work to learning, it is the constant internal nudging to put it into practice and practice it until it is known; until it becomes me. 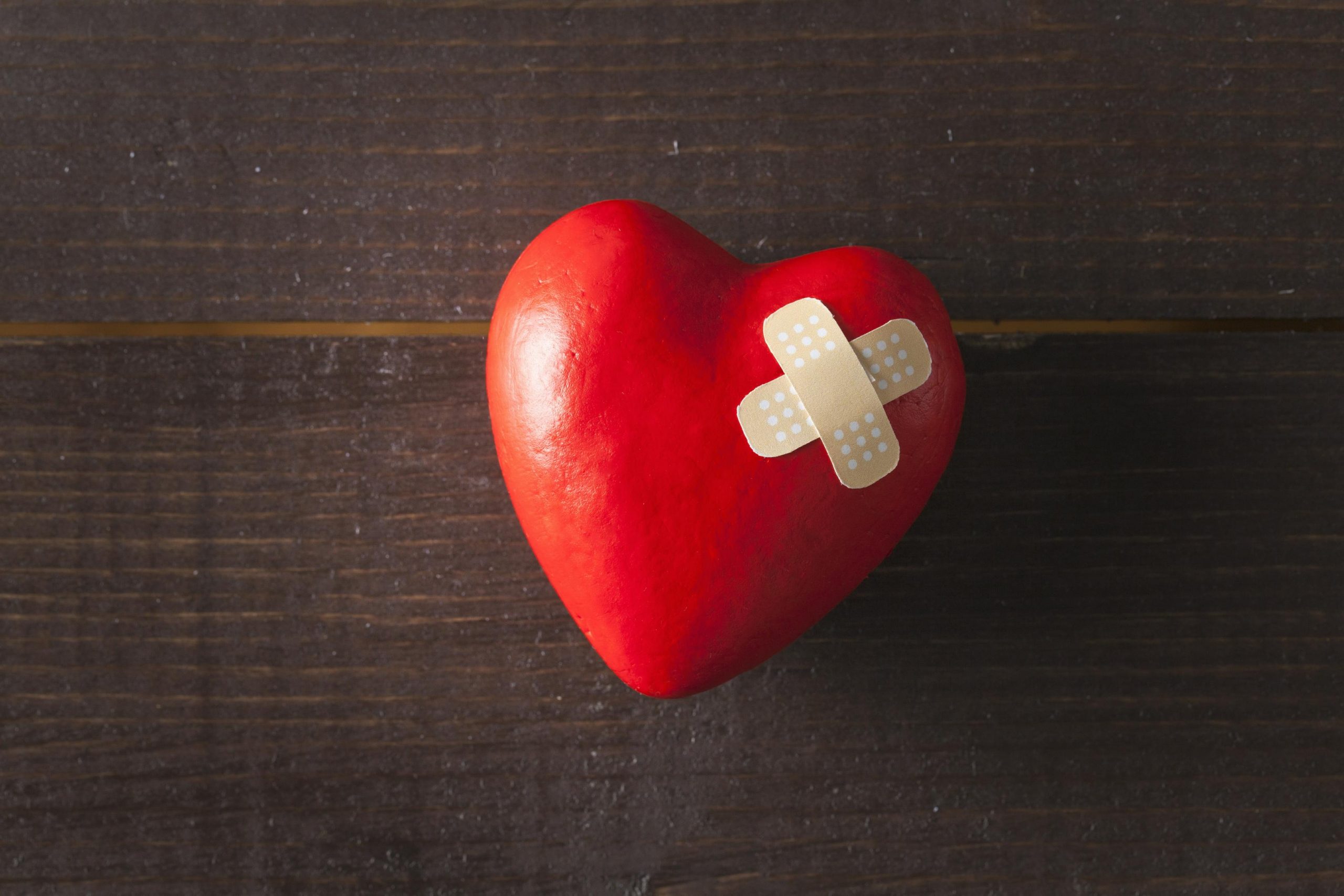 When I was a child, the grandfatherly advice was, “if you can't say something nice, don't say anything at all.” That's good, but it doesn't go far enough and it doesn't fix the problem, as it is more like masking the symptoms. A better thought might be, “find something nice about everyone you meet, and find ways to let them know.” 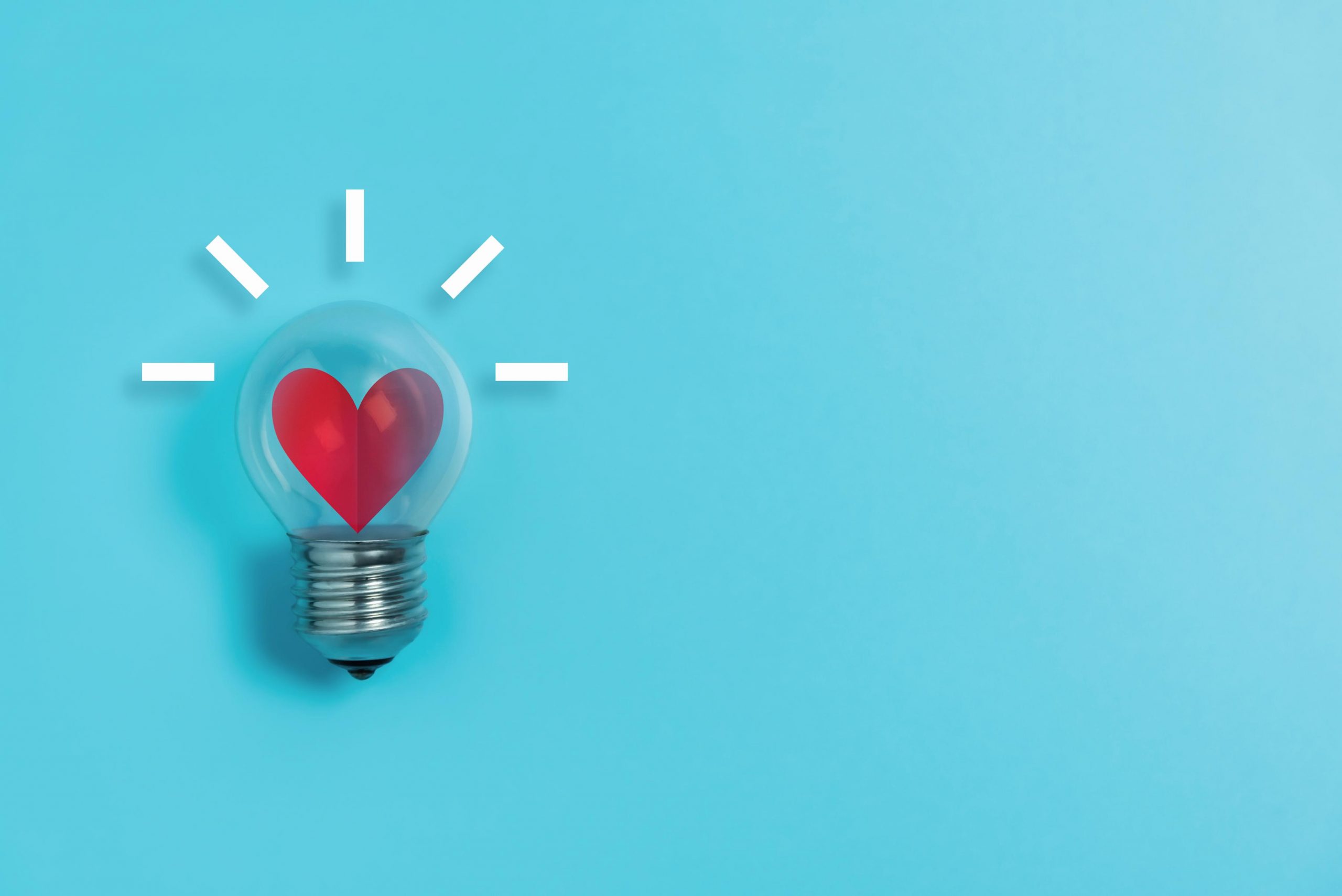 Throughout the day, we have opportunities to encourage people. Many of them we miss. Instead, we may participate in the tearing down of someone, perhaps even behind their back.

I learned from Jim Rohn that there are two ways to have the tallest building.

One is to concentrate on building your building, the other is to tear everyone else's down so that yours then becomes the tallest.

How much better it is to become known as builders, architects, or construction engineers than demolitions experts.