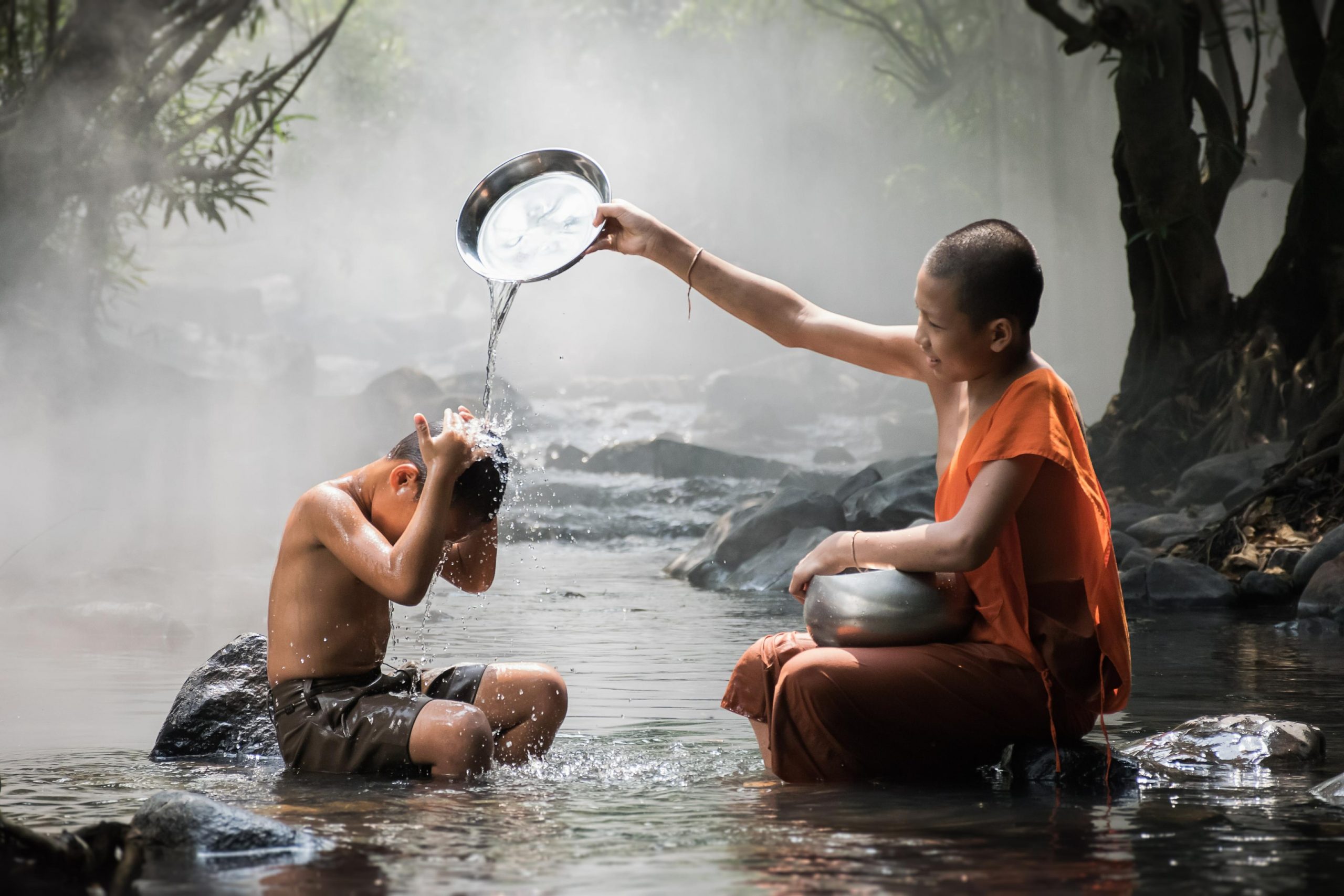 Let's say you're from the San Francisco bay area, and you go to a San Francisco 49ers game where they are playing the Miami Dolphins. You like the 49ers and you came to cheer them on. The Dolphins make a great play and score. Would you stand up and cheer? Most likely not. If the roles were reversed, most likely you wouldn't cheer the 49ers in Miami when they make a good play or score a touchdown. You're either for or you're against, right? You're probably not for and for, enjoying the whole of it, happy for every move that works well. No, you're probably happy when your team does, and not happy, maybe even quite upset when the other team does.

That's a belief. That's your team. They're the best even when they are not doing well. Loyalty counts. Faith counts. Just like the really loyal Chicago Cubs fan who has been a fan for 50 years, until 2016 at least. You believe.

But a belief is just a thought that we keep thinking.

Why do race relations continue to be problematic after thousands of years of evolution? Because of beliefs. Beliefs can be really strong things. They are held together by so many thoughts that to unravel them and adopt another point of view as a new belief is so difficult for so many. It is so much easier, convenient, and comfortable to hold our beliefs even in the face of absolute proof that they are in error.

I like how Mike Dooley, a.k.a., The Universe said it in this morning's, Note from the Universe. He said, “Actually, everyone is reasonable. They just have their own reasons."

Is a belief the truth? It is while we believe it, regardless of fact, competing opinion, or even current reality. It doesn't matter how much I believe your beliefs are bogus, insane, or at least, unenlightened. When you really believe something, it doesn't matter what others believe.

This came from a thought that popped into my head this morning: Have you ever had a belief and then let go of that belief and chose another?

Maybe an obvious one would be believing in the Easter Bunny or Santa Claus, or the Tooth Fairy. Maybe some we sort of naturally grow out of from peer pressure or our own questioning. Others, such as what we believe about certain people, organizations, or ideas, we may hold firm for as long as our entire lives, partly because of our constant association with people of similar beliefs. There is a strong desire, I think, for people of like thinking to gather, and it is even deeper and simpler than this as I associate the Law of Attraction into the scene. From Abraham, Esther Hicks, here's a bit on that influence:

“Law of Attraction is Universal, and every person is affected by it. And it is always true that what I think and what I feel and what I get are always a match, and there is not a person on the planet that did not know that when they were born, and there is not a person on the planet that would not benefit by knowing it. But many, many, many are not yet asking and therefore are not yet ready for the answer. And so, we would say that – although everyone wants this information – everyone is not necessarily ready for it. We would not spend any time trying to convince anybody of anything because if they're not asking, your answers are just irritating."

The Law of Attraction is, that which is like unto itself is drawn. So like attracts like and whether it is a positive or a negative is of no consequence. As I think about what I dislike or hate about a people, a person, an idea, an entity, the Law of Attraction unerringly attracts more of the same thoughts, people who think the same way, circumstances, the kind of neighbors we have and so much more. Equally, it does the same exact thing in the more positive realm. As a thought is acted on by the Law of Attraction and more is drawn, it makes it easy to become a belief because our current reality shows us that it is true for us and so many around us too.

As Abraham says though, not everyone is ready to understand how this works. Once you understand it, you can see it at work constantly in our own life as well as those around us.

Beliefs are very powerful accumulated thoughts. They become like a rope instead of a length of string. And, because they are our own, they can only be changed from the inside. Something outside may create a spark, but the ignition is on the inside.

Real Change Is From Within.


What Do You Believe? Only You Are In Charge Of Keeping Them, Discarding Them, Or Changing Them. And, It Begins With As Little As One Thought.

Spread Some Joy Today–by noticing how you are feeling, then choosing if you will, to focus on feeling good.